The Primordial Russia festival moves to a new location and becomes even more representative, informative and relevant. Guests will be met with the natural photography exhibition of 2020. 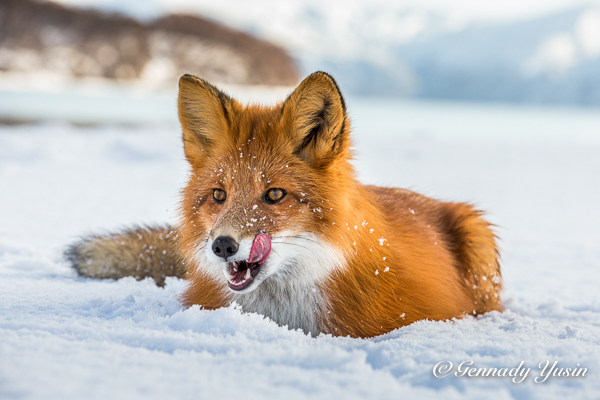 The seventh Primordial Russia nature festival will be held in Moscow's Gostiny Dvor exhibition centre, from the 17th of January until the 16th of February, 2020. The festival includes a photo exhibition, a cinema and an area for events and workshops. The festival's exposition will include more than 450 photographs submitted by the country's best nature photographers. These photos will tell memorable stories of Russia's nature.

One of the most relevant topics of the festival is the Red Book of Russia. Vivid photos will help visitors of the exhibition familiarise themselves with rare and endangered species of wild animals and plants. Guests will also learn how exactly these species get listed in Russia's key environmental document, and what needs to be done to save them from extinction.

Among the photo projects presented at the 2020 Festival, there will be an exhibition of photographs provided by the 17 Special Protection Areas of Russia: from the Russian National Arctic Park to the Comandorsky State Nature Reserve.

For the first time, visitors of the Primordial Russia festival will get a chance to see photographs of the narwhal, the legendary unicorn of the Arctic seas. Unusual photographs taken by Arctic researchers during their expeditions will offer a glimpse of the mysterious life of animals very few people have seen.

The unique natural areas of our country are highly regarded across the world. An important part of the upcoming Festival is the exhibition of photographs of some of the greatest UNESCO World Heritage Sites: 11 places in the Russian Federation that are recognised as natural phenomena of exceptional beauty and aesthetic importance. This exhibition is the result of two years of creative work carried out by the best wildlife photographers of Russia and specialists from the international organisation.

In addition, the festival’s exposition will include many other outstanding works by experienced artists, as well as Russia's latest stars of animal photography.

For the third time, the Primordial Russia nature festival jointly with the Russian Schoolchildren's Movement held a nation-wide nature photography contest for children. The festival's exposition will include 27 works by the competition's finalists.

The Primordial Russia nature festival has been held annually since 2014. More details can be found on the official website of the Festival: www.fotocult.ru.