On September 14–15, the Moscow City Tourism Committee presented a new project for educational tourism project named “City of Discoveries” together with its key platforms. 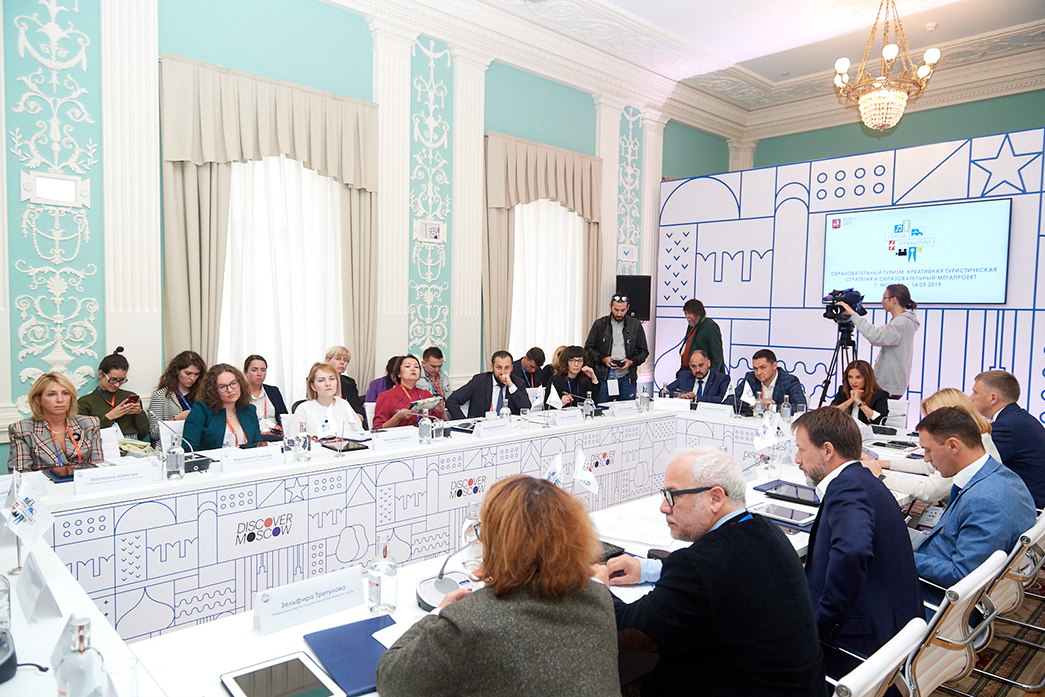 More than 40 executives of relevant ministries and agencies from Russian regions
During the 23rd session of the UNWTO General Assembly, at a business session “Educational Tourism. Creative Tourism Strategy and Educational Megaproject” held as part of the Moscow visiting program, the Moscow City Tourism Committee presented a unique project “City of Discoveries” aimed at attracting secondary school students from Russian regions into the Capital.

The educational summit was visited by Yekaterina Pronicheva, the Chairman of the Moscow City Tourism Committee, Yaacov Hecht, the founder of Democratic Education Movement, educational innovations researcher and practitioner, Anna Makarchuk, the Program Director of the Federal Research and Methodology Center for Tolerance Psychology and Education, as well as more than 40 executives of relevant ministries and agencies from Russian regions. Together, they discussed the strong educational potential of the project aimed at developing relevant skills and competencies in secondary school students in active interworking with the city environment.

On September 15, participants of the session visited the key sites included into educational tourism routes of the project “City of Discoveries”. In particular, they attended Cosmonautics and Aviation center and Kulibin PRO robotics station at VDNKh, the office of Mail.ru Group, the leading Russian Internet company, and Skolkovo Innovation Center.

Delegates from regions were familiarized with the ideology of “City of Discoveries” students’ visits to sites and facilities shall be planned in line with a single methodology based on the world’s best practices of developing education and city environment. This methodology is designed for changing a child’s behavior pattern: to bring up a passive listener into a proactive researcher who explores the city by immersing into various industries and economic branches and who offers new projects for city infrastructure development as a result.