Information for Tourists: Pedestrian Zones During Holidays and Round-The-Clock Metro Service on the New Year’s Eve

The Moscow Сity Tourism Committee informs tourists coming to Moscow about changes in the working hours and fares of the Moscow transport on holidays, and also advises on how to orient in the city during the New Year holidays. 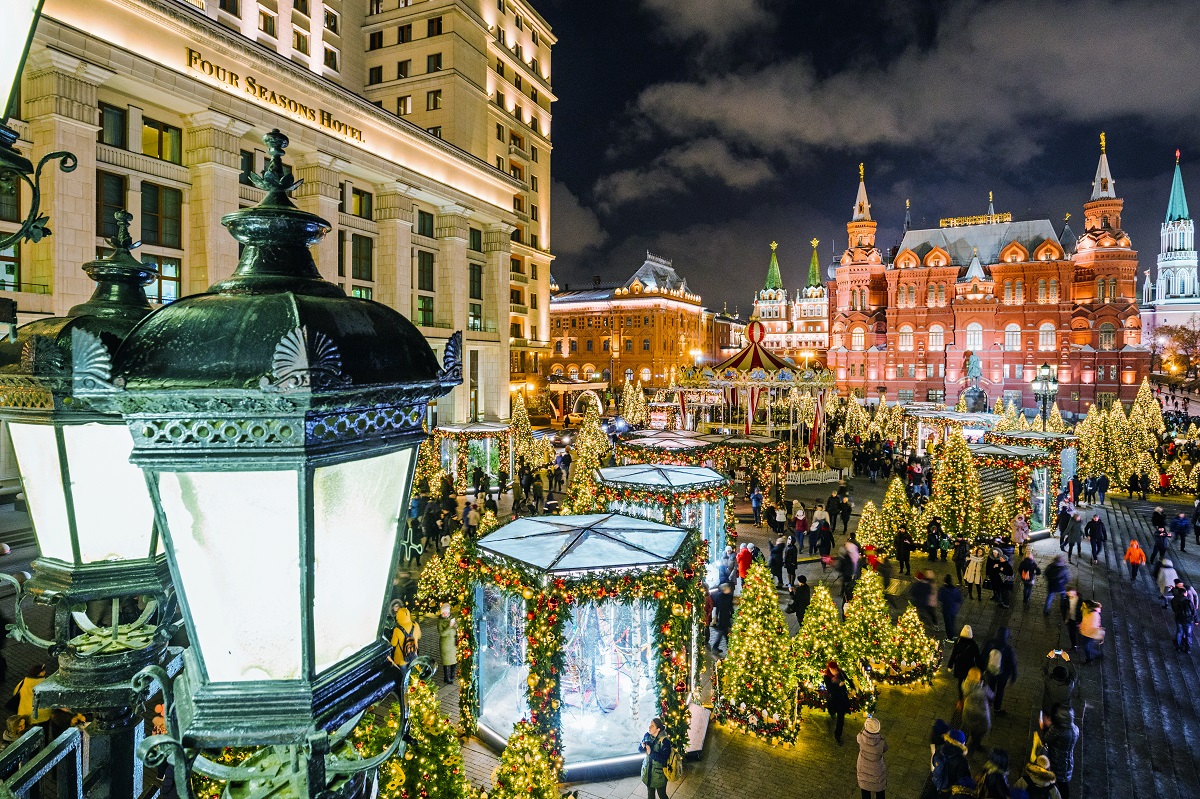 Over the coming weekend, several streets in the center of the capital will become pedestrian zones for the duration of the New Year holidays and the "Journey to Christmas" festival; the working hours and fares of the public transport will also change. Up until January 12, Moscow residents and tourists can enjoy concerts, performances, master classes and other activities at more than 80 venues of the “Journey to Christmas” festival.

On New Year's Eve and holidays, several streets in the center of the capital will become pedestrian zones. Starting from 02:00 on December 28 and up until 22:00 on January 6, you can have a walk along the following decorated Moscow streets:

The New Year holidays will also affect the operation of public transport. According to Moscow Mayor Sergei Sobyanin, the metro and the Moscow Central Circle (MCC) will be available all through New Year's Eve. Also, citizens and tourists will be able to make use of 175 public transport routes: 61  routes will be available round the clock, 101 routes will operate until 03:00, there also will be 13 regular night-time routes.

Starting from 20:00 on December 31 and up until 06:00 on January 1, public transport will be free of charge. On Christmas night, January 6 to 7, public transport will also operate on extended hours: the metro and the MCC will be available until 02:00, and ground transportation will carry passengers until 03:00 (66 more routes will be added to 13 night routes). Trains of Moscow central diameters and commuter trains on New Year's and Christmas nights will run until 02:00.

Detailed and up-to-date information on the operation of the capital's transportation system and changes in its operation during the holidays is available on the Moscow transport portal. It is also published on road signs, distributed on leaflets and posted in the city navigation system.

We would like to remind you that Sergei Sobyanin previously said that by the New Year eve the capital have over six thousand decorated units of public transport. Christmas lights, stickers, posters and other holiday paraphernalia can be seen in trams, buses, electric buses, subway trains, and in taxis.

The Moscow Сity Tourism Committee also reminds tourists that during the New Year holidays the center of Moscow becomes a single zone for celebrations. Starting from December 31 and up until January 5, a single space for celebrations is created within the boundaries of Tverskaya Street, Mokhovaya Street, Okhotny Ryad, Manezhnaya Square, Teatralny Proyezd, Revolution Square, and Red Square. Access to the zone is through security checkpoints. Main entrance groups will be located:

We advise all tourists who wish to participate in the festivities to show common sense and abstain from attending the events under the influence and/or carrying prohibited items. For more information visit the Official website of the Mayor and the Government of Moscow.

Travelers can refer their questions to tourist hotline specialists. Guests of the city can enquire as to how public transport operates during the New Year’s holidays, get advice on what to attend and see, and how to get to various festival venues. When in Moscow or in Moscow Oblast, call 122 to contact the operators of the call-center for tourists. When calling from other cities and foreign countries, please dial +7 (495) 122-01-11. The call center specialists fluent in Russian and English will be available around the clock, Chinese-speaking staff will be available on weekdays: from 08:00 to 24:00, and on weekends from 10:00 to 22:00.

In addition, an information center for tourists has been opened in one of the pavilions of the Journey to Christmas festival on Manezhnaya Square. Here, travelers can learn about the events and attractions of the city. The information center by the Museum of Archeology will be open daily up until January 12. It is open from 11:00 to 21:00 on weekdays, and from 10:00 to 22:00 on weekends and holidays.