On October 8, ANO Moscow Project Office for Tourism and Hospitality Development and Seoul Tourism Organization signed a Memorandum of Understanding. 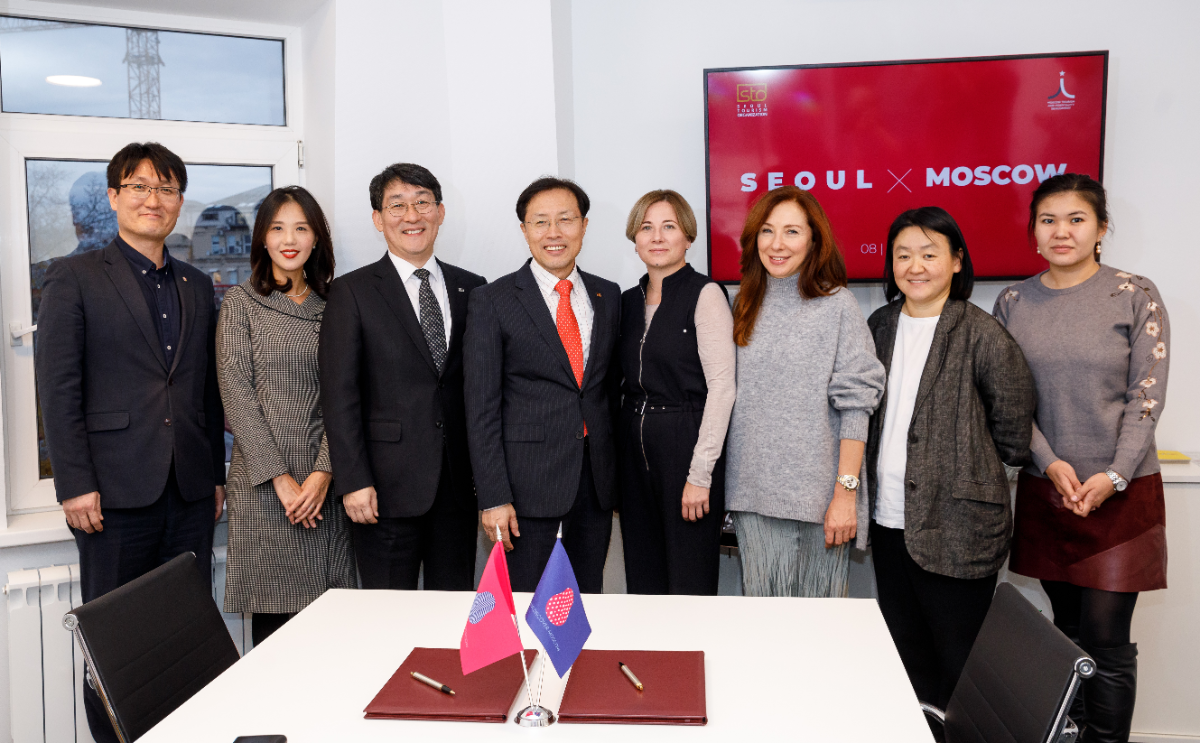 The Memorandum was signed for the sake of strengthening links between the two organizations, cooperation in mutual studies, and promoting Seoul and Moscow as tourist destinations.

The parties agreed to share their experience in creation and development of tourist infrastructure and in organizing events for promoting travel destinations, to conduct cross-cultural studies, and to prepare for the Year of Cultural Exchanges between Russia and South Korea in 2020.

“By signing this memorandum, we make an important step towards the official partnership between tourism organizations of the two capitals – Moscow and Seoul. For us, South Korea is one of promising pathways for tourism development. Cultural specificity and traditions of the Republic of Korea are not alien to us and year by year attract even more travelers from Moscow. We are sure that sharing our knowledge, experience, and methods of tourism development will result in advantages for both parties,” notes Tatyana Sharshavitskaya.

“It is very important to prepare events to the 30th anniversary of establishment of diplomatic relations between Russia and South Korea in 2020. And in 2021 there will be one more anniversary common for Moscow and Seoul. This year, our promotion project is oriented to individual tourists who gain personal experience and then share it with friends and relatives. We are planning to include Moscow into this project as a new and promising travel destination. We are interested in cooperation with the Moscow City Tourism Committee and are searching for new opportunities for this,” stresses Don H. Byun.

On October 7, a city tour was organized for the Korean delegates. The guests visited the Red Square, the VDNH, and Panorama360 observation deck. Then, during a business dinner, the representatives of Korea and ANO Moscow Project Office for Tourism and Hospitality Development discussed the agenda of joint events planned for the Year of Cultural Exchanges between Russia and South Korea in 2020. On October 8, having signed the memorandum, the parties attended a concert given by the Seoul Philharmonic Orchestra in a concert hall of Zaryadye Park.
The number of tourists from South Korea visiting Russia grows higher from year to year. In the first half of the 2019 it was 5 % higher than in the same period of 2018. Since 2013, their number has increased almost by two times. This is the result of direct flight connections between the two countries and relaxed visa requirements: Korean tourists don’t have to claim visas in case they are visiting Russia for less than 60 days. In 2018, during the state visit of Russia by the President of South Korea it was signed an agreement between Ministries of Culture Affairs for arranging the Year of Cultural Exchanges between Russia and South Korea in 2020 on the occasion for the 30th anniversary of establishment of diplomatic relations.
VIEW
VIEW