“Moscow Is the Best Gift.” The New Year Project Will Be Demonstrated to the City Travelers and the Audience Members of Russian Cinemas

New Year's Eve is a time of magic and surprises! As the holidays are coming, the Moscow Сity Tourism Committee together with director Alexander Kott did a short film about New Year miracle in Moscow. Russian cinema goers will be able to see this touching story, as well as millions of travelers arriving at Vnukovo airport, passengers of Aeroexpress and Sapsan trains. 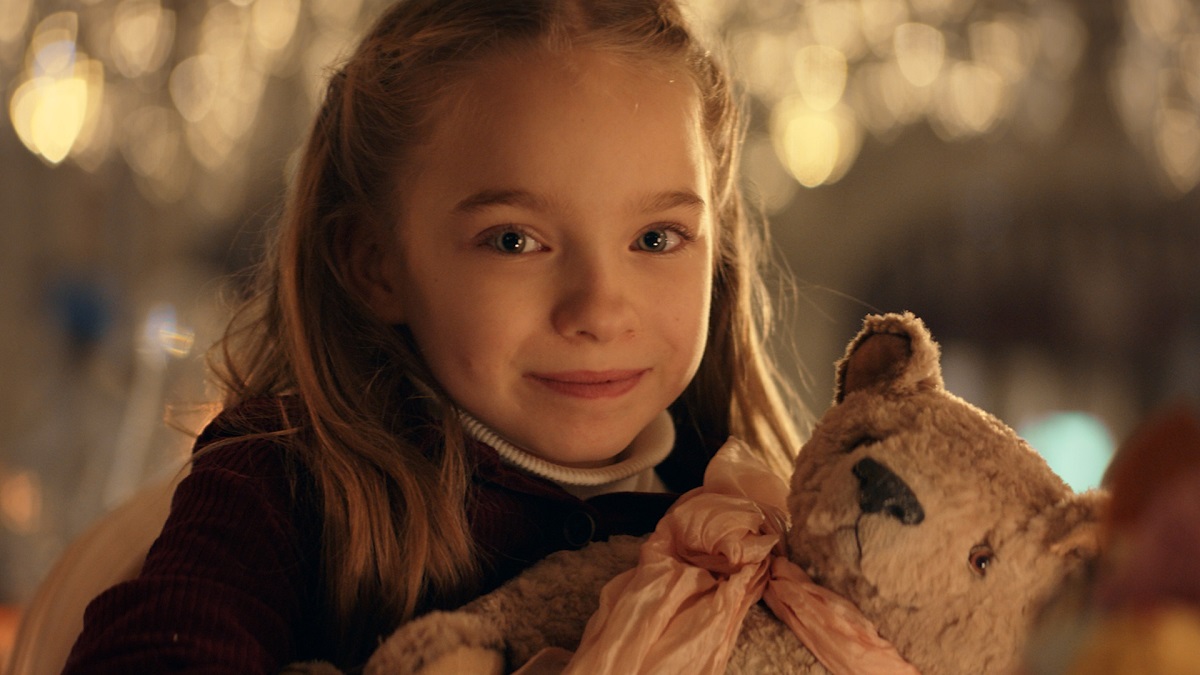 “...the all-time goodiest miracles happen on New Year's Eve. The miracle city is called Moscow. It's about the same I imagined it, you know... with my eyes closed.”

A famous Russian film director Alexander Kott, who participated in filming of several parts of popular New Year movie series, supported by the Moscow Сity Tourism Committee, did a touching short film about a New Year miracle. The film tells a fairytale, a kind story about the journey of eight-year-old Masha and her parents to the capital in search of the “one and only” teddy bear.

Cinema goers in 29 Russian cities will be able to witness the touching journey of little Masha and her family. The short film will be demonstrated until January 15, 2020, in the network of 52 cinemas belonging to the United Cinema Chain “Kino Okko” (“Cinema Park” and “Formula Kino”), that covers such cities as St. Petersburg, Nizhny Novgorod, Novosibirsk, Samara, Ulyanovsk, and others.

The New Year's cinematographic project “The Best Gift” will create the festive atmosphere for all Moscovites and guests of the city. The atmosphere of magic will be perceived by travelers who will arrive at Vnukovo international airport during the holidays or use the metropolitan Aeroexpress or high-speed Sapsan trains. Besides, passengers of new Vityaz-Moscow trams will share the opportunity with them.

The full version of the film will be available on the New Year Project website www.surprise.moscow. Everyone is able to congratulate their friends and family on New Year by sending them a congratulatory message with this video attached and sharing it in social networks.

in 2019, Moscow’s tourist flow has been growing. During the first 9 months of 2019, Moscow received 19.5 million tourists. According to projections, a record number of guests – 25 million people – will visit Moscow this year.

The most typical guests of Moscow – people younger than 34 y. o., so-called “millennials”—are the most active visitors. They visit the capital to get new impressions; they are attracted by numerous festivals, sporting events, and cultural scenes.

In December, along with the main winter event – “Journey to Christmas” Festival – the Moscow Сity Tourism Committee launched the “New Year Moscow” Information Project. It will help Moscovites and travelers from Russia planning on visiting Moscow on winter holidays to explore the capital and actively spend the upcoming holidays. The routs available on winter.life.ru will give guidance to the variety of New Year events and will help to choose the best walking options in Moscow, including “Journey to Christmas” Festival locations.
VIEW
VIEW
VIEW