On September 14 and 15, Moscow hosted a special program as part of the 23rd session of the United Nations World Tourism Organization (UNWTO) General Assembly. Though it was the first time when the Russian capital participated in this event, everything was organized perfectly. 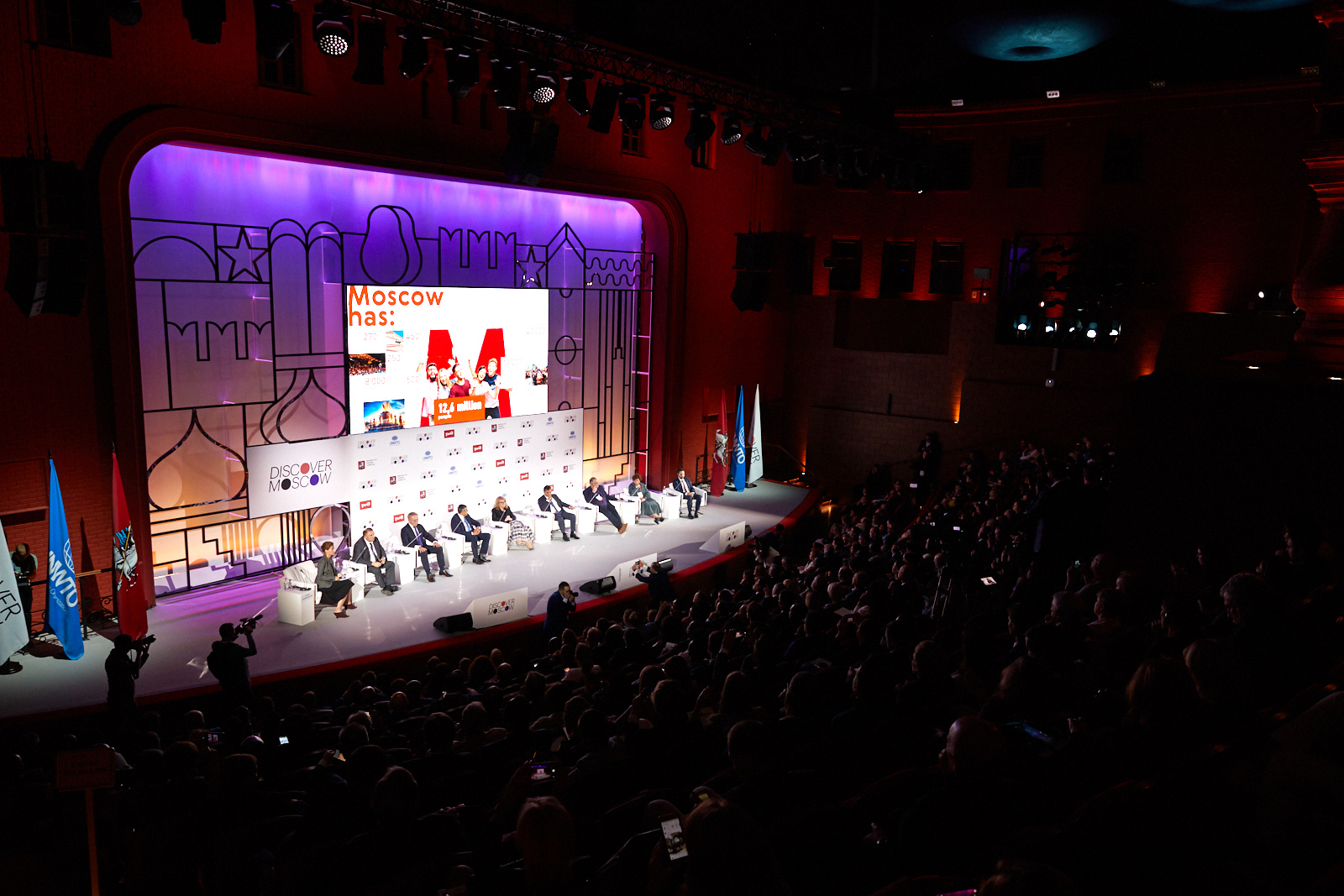 Moscow welcomed more than 270 delegates from 60 countries around the globe
The event was organized by the Moscow City Tourism Committee and ANO Moscow Project Office for Tourism and Hospitality Development. On September 14, the main event in the Moscow visiting program of the 23rd session of the UNWTO General Assembly was the business program.

It was opened by the summit of regional industry ministers under the title «Educational Tourism. Creative Tourism Strategy and Educational Megaproject». Its participants, including more than 40 heads of ministries and departments in charge from Russian regions, discussed the educational opportunities of Moscow and new projects in the tourism sector. During the event, it was announced that Moscow started developing a new educational tourism project named «The City of Discoveries» and aimed at familiarizing children with cultural sites, production facilities, and technology parks in an interactive way. This program would help children to explore various sites of the city from the point of view of their economic purpose, cultural capital, history, as well as local and global processes. Platforms for the program would be major tour companies and production facilities, innovative universities, technology parks, and cultural sites of Moscow. The business program was followed by the expert session titled «Moscow for Tourists: What Can the Capital Offer in 2019 and 2020?»

The participants, including representatives of the Moscow City Tourism Committee, the Department of Trade and Services and the Department of Culture of Moscow, metropolitan museums and other cultural facilities, tour operators and hotels, discussed the potential of the capital for tourism and new digital products for increasing comfort for visitors. The session also featured presentations of Moscow tourist attractions.
The program was closed with the plenary session under the title «Everyone benefits: Strategies for the Development of Tourism in Global Cities». The leave stream of the session was broadcasted on the official website of the Mayor of Moscow mos.ru.

Participants of the plenary session discussed the role of tourism in the city development, innovations which transform the tourism industry, and changes in consumer needs.
At the end of the plenary session, the hosts and the guests signed the Memorandum of Understanding between the Moscow Government and the UNWTO aimed at strengthening cooperation in the field of sustainable urban tourism development, establishing joint development programs for professional qualification, and supporting promotion of Moscow as a tourist city.

On September 15, the participants of the Moscow visiting program of UNWTO General Assembly had a cultural program. They visited the key tourist attractions of Moscow such as VDNKh, Zaryadye Park, museums of the Kremlin, the Pushkin State Museum of Fine Arts, and other important cultural sites. Also, the guests had an occasion to enjoy a ship travel across the city along the Moskva River.
The general partner of the Moscow visiting session was Russian Railways.