On September 14, 2019, the first Ambassador of Moscow was granted the Discover Moscow commemorative token during a special ceremony, being a part of the Moscow programme of the General Assembly of the UN World Tourism Organization (UNWTO). 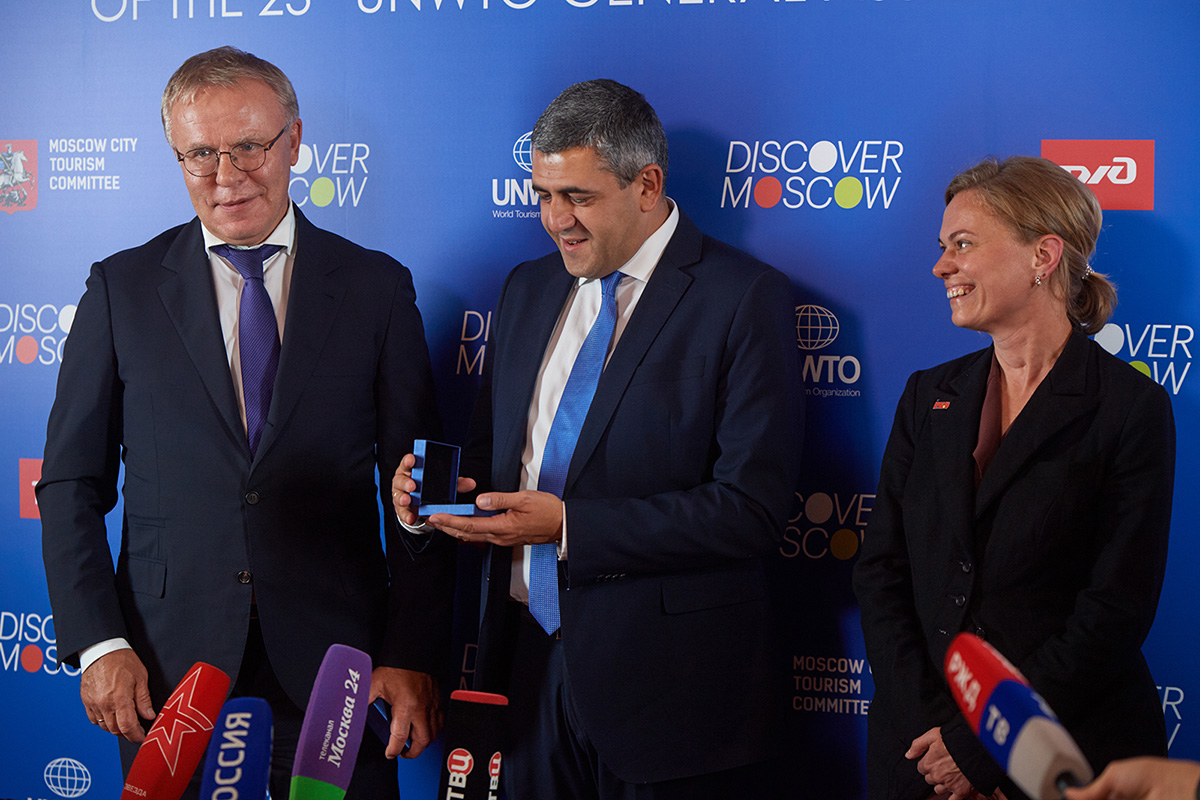 As part of promoting Moscow as a tourist destination, the Moscow Committee for Tourism together with the Autonomous Non-Commercial Organisation Moscow Project Office for Tourism and Hospitality Development has launched the Moscow Ambassadors programme. Its goal is to increase the attractiveness of Moscow and the image of the city as a tourist centre worldwide. Famous and honored people being experts in various professional areas will be appointed as its ambassadors and will represent Moscow in other cities across the RF and abroad.

The Moscow Ambassadors programme will include a scope of activities and a set of tools and services to support ambassadors in their effort to attract significant events to the capital. Along with that, the project will help to attract additional tourist flow to Moscow and increase the recognition of the city on the world stage.

The realization of the Moscow Ambassadors programme will contribute to the increase in the number of international MICE events taking place in the city, and will make it possible to set up a quality tourist flow and to elicit and then exploit the city potential to its full extend. Another expected effect of the programme implementation is the development of the city scientific and cultural potential due to the uniting of the best industry experts across the globe on one site.