At the end of September 2019, journalists from the People's Republic of China got a chance to appreciate attractiveness of Moscow for tourists during an introductory tour organized by the Moscow Сity Tourism Committee and ANO Moscow Project Office for Tourism and Hospitality Development. A special city tour program was designed for Chinese guests to make them familiar with culture, traditions, and the modern image of the Russian capital. 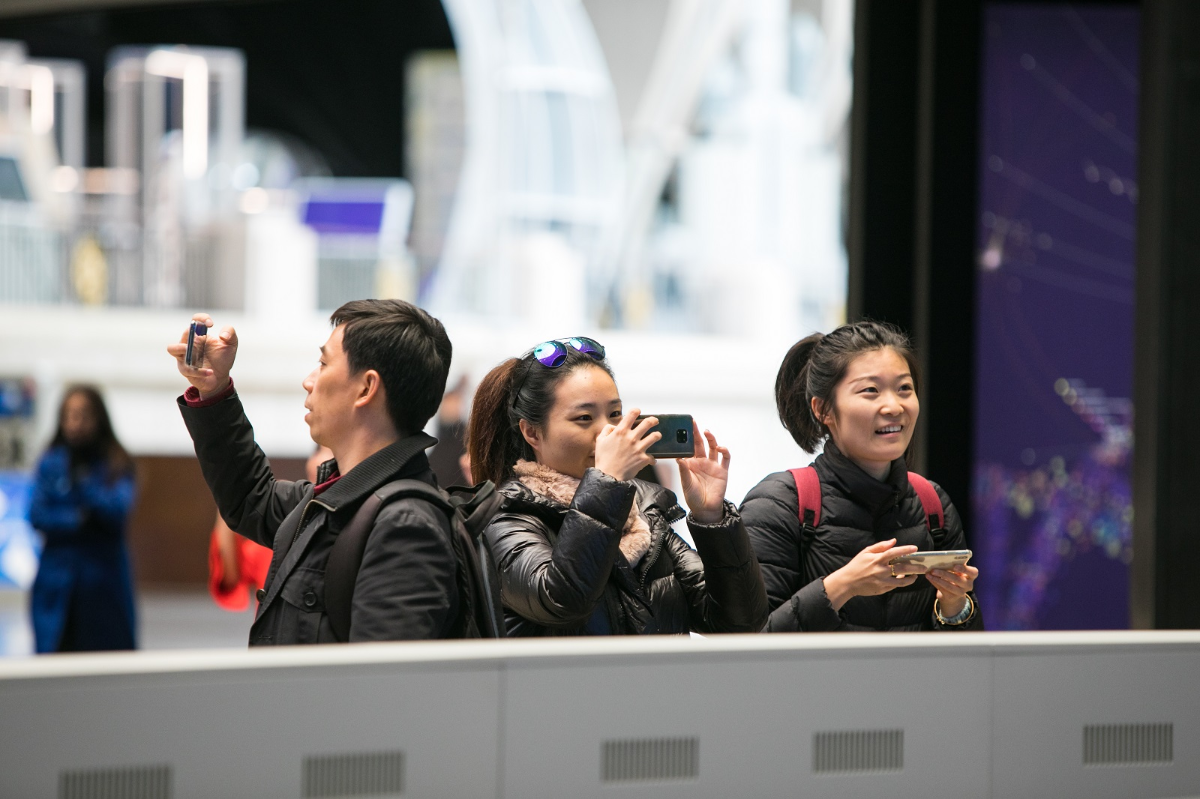 5 days
3 journalists
5 questions
Three representatives of the leading Chinese mass media —namely Wang Yinyi, a reporter of the Asian division of Lonely Planet, a popular travel guide publisher, Hu Jinyang, a senior editor of Global Times, a Chinese weekly tabloid affiliated with Renmin Ribao newspaper, and Xu Huan, a travel journalist of Chengdu Economic Daily, which writes about economic, cultural, and social issues of the region—took an introductory tour around Moscow. During five days they were observing the traditional and the most popular tourist sites of Moscow: the Kremlin, the Cathedral of Christ the Saviour, the State Tretyakov Gallery, the Pushkin State Museum of Fine Arts. Also, they visited several new points of attraction: the observation deck Panorama 360, the Cosmonautics and Aviation Center at the VDNH, and Zaryadye Park.

The Chinese journalists walked along the main pedestrian streets of Moscow, visited the Garage Museum of Contemporary Art, the largest location of the network of virtual reality VRParkCITY, and other places of tourist interest. Besides, they attended the closing ceremony of the Krug World Festival, its most spectaculous show, and watched the lighting display “Code of Unity” devoted to the Russian history, culture, and traditions.

After the tour, the Chinese journalists answered five questions about Moscow.
1. Does Moscow that you have seen differ from Moscow that you’ve had in mind before the visit? What are the differences?
Wang Yinyi (Lonely Planet): Before visiting Moscow, I didn’t know anything about it beside some common things like “Moscow is the capital of the largest country in the world, which is on good terms with China.” At last, having come here, I saw the Red Square, which I wanted to visit for long.
Hu Jinyang (The Global Times): Previously, I knew about Moscow only that it had long history and that the Kremlin and the Red Square were located there. Now, I’ve seen its life in the 21st century: skyscrapers, modern architecture, and cultural life.
Xu Huan (Chengdu Economic Daily): Moscow has a rich history, and its streets and buildings are just the same as I’ve seen in photographs. But to my surprise, this megapolis revealed itself to me from an unknown side–as modern and astonishing.

2. What makes Moscow similar to and different from other cities?
Wang Yinyi (Lonely Planet): Pedestrians in Moscow streets seemed to me just the same as in Beijing: in rush and hurry. But the Red Square impressed me: it appeared to be much larger than I imagined it.
Hu Jinyang (The Global Times): The difference of Moscow from European cities is, for instance, that Europe is behind Moscow in using modern technologies. In many shops one can pay using a card or a smartphone, carsharing is also in common use. And various useful mobile applications are very popular.
Xu Huan (Chengdu Economic Daily): I think, Moscow is a unique city. I don’t know any place resembling it.

3. Which place in Moscow would you recommend to visit to tourists from China?
Wang Yinyi (Lonely Planet): For Chinese tourists it would be very interesting to take a ride in the Moscow Metro, one of the most beautiful metros in the world. And for those who have already made acquaintance with Moscow I would recommend to visit some of its new galleries of the contemporary art and museums of cosmonautics—for instance, at the VDNH—and the observation deck in Moskva City.
Hu Jinyang (The Global Times): The observation deck on the top of a skyscraper in Moskva City and various art stages—that’s what I would recommend to tourists from China.
Xu Huan (Chengdu Economic Daily): I would imperatively recommend to visit the Pushkin Museum and the VDNH.

4. What is the tastiest food that you have tried in Moscow?
Wang Yinyi (Lonely Planet): I really ate much during those days. For example, borscht became one of may favorite dishes in this travel. And I was very impressed by Moscow restaurants, particularly by those located in Zaryadye Park.
Hu Jinyang (The Global Times): I was very impressed by Moscow restaurants. I discovered many new tastes and organoleptic sensations.

5. How do you find Moscovites?
Wang Yinyi (Lonely Planet): Once in the evening, I came down into the renowned Moscow Metro. So, when I was investigating its map with a serious look, a young man came to me and said that it was possible to download a convenient mobile application with a map of the Metro. Also, he recommended me to see some beautiful stations. This convinced me that Moscovites were very friendly.
Hu Jinyang (The Global Times): Moscow not only has a rich history, but also is full of vital energy.
Xu Huan (Chengdu Economic Daily): Moscovites are very polite and hospitable. And they know their city very well.

This familiarization tour was organized for strengthening partnership in the tourism industry and to promote Moscow as a destination point for Chinese travelers.
Tourists from China hold leading positions among visitors to Moscow. In 2018 their number increased by more than 20 % and reached 803.6 thousand people.

In September, the Moscow City Tourism Committee launched official accounts of Moscow in WeChat and Weibo, the Chinese social networks, as part of promoting Moscow on the Asian tourism market. Thus, Moscow became the first Russian city to have an official account in WeChat. Its tourism profile was also created in Weibo microblogging service.