The winter Photolab devoted to the present-day Moscow was the first event in a series of joint projects prepared by the Moscow City Tourism Committee, ANO Moscow Project Office for Tourism and Hospitality Development, and Magnum Photos agency. 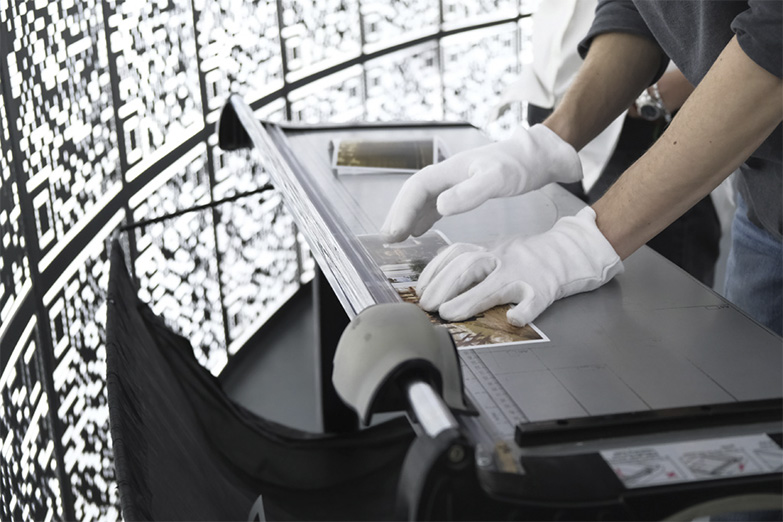 Experimental laboratory: from January 28 to February 10 The final exhibition from February 11 to March 4
From January 28 to February 10, Magnum Live Lab/19 experimental laboratory was functioning in Zaryadye Park. Each day, for almost two weeks long, photographers of Magnum Photos international agency – Thomas Dworzak (Germany), Alex Majoli (USA), and Newsha Tavakolian (Iran) – were taking pictures in different corners of the city. All city portraits and landscapes demonstrated in the exposition were created in real time as part of work of Magnum Live Lab/19 experimental laboratory. Inspired by the idea of Moscow as a theater with its stage and backstage in which the city life goes by, the reporters from Magnum Photos portrayed it from an unexpected diversity of perspectives. The starting point of Thomas Dworzak’s series was the film Walking the Streets of Moscow (1963) by Georgiy Daneliya. Alex Majoli chose the title of a play Right You Are (if you think so) by Luigi Pirandello, an Italian dramatist and writer to be the epigraph to his works. Newsha Tavakolian focused on young people of different professions, whom she photographed at their homes. The session of the experimental laboratory resulted in the final exhibition which was functioning from February 11 to March 4, 2019.
The final exposition included 69 best pictures which were presented to the audience in Dome pavilion in Zaryadye Park. In total, more than 25,000 people visited the exhibition during 22 days of its work.
VIEW
VIEW
VIEW
VIEW
VIEW
VIEW