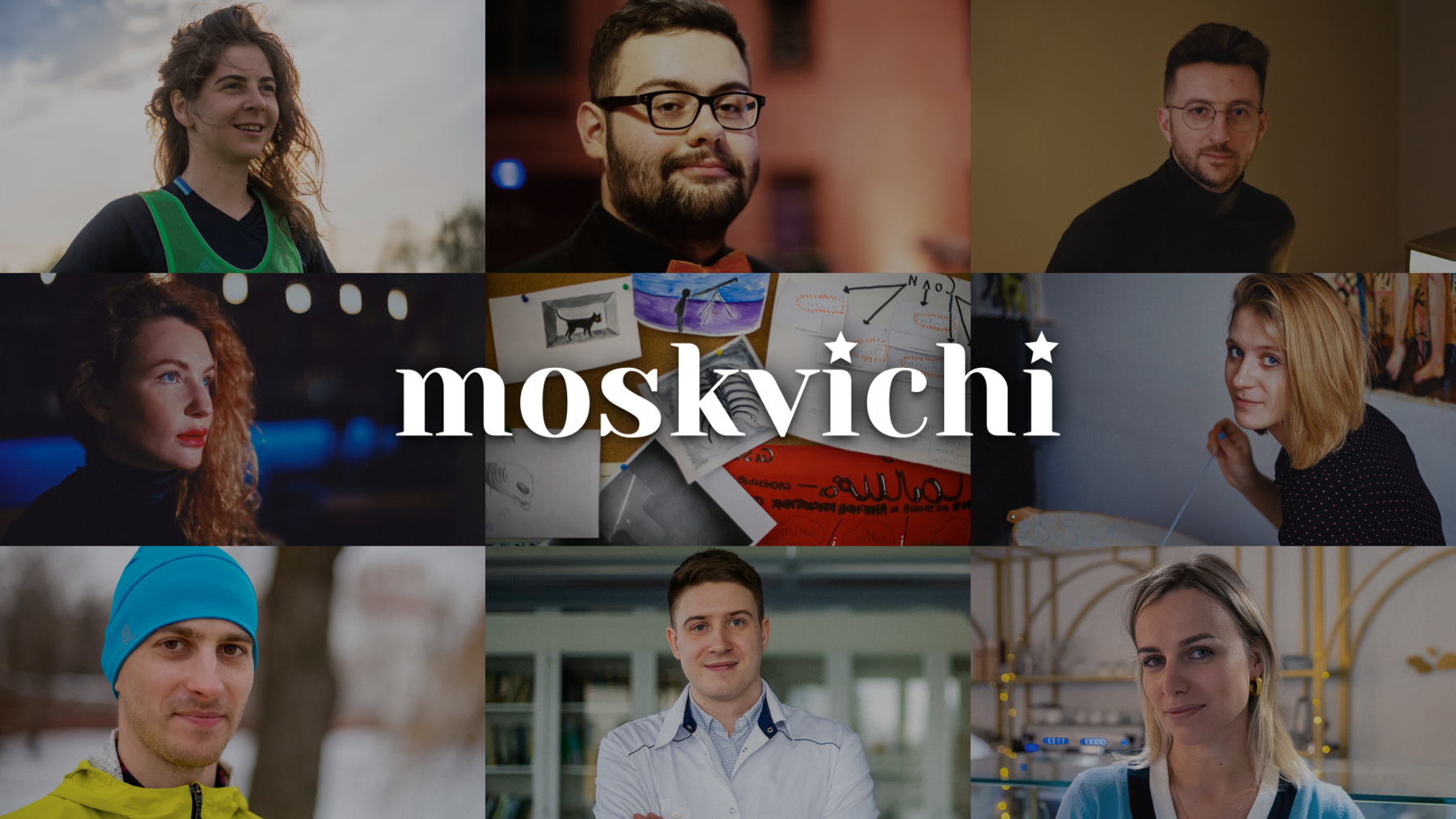 In the current situation when many people spend more time at home, the project Moskvichi will allow to expand the borders and start to get to know the capital and its residents online from anywhere in the world. The pilot season consists of ten video stories, each of which is dedicated to one person of a particular profession. Every piece is a personal story about Moscow shared by its residents with their personal achievements, discoveries and adventures, feelings and emotions.

Moscow is a city where everyone can definitely find something for them. You can discover the capital in different ways: study its history, be interested in its art, museums and theatres, or try the local cuisine. But you can only get to know the real pace and atmosphere of the city with the help of local residents.

The Moskvichi project is the story of ordinary people with their own view of Moscow. These people are among us: on the streets, on the subway, at cafes and markets. Everyone has their own Moscow. All of them are very different, with their own destinies and careers, but their love for this diverse, unique and beloved city is what brings them together.

For example, Mikhail, a director and actor of the Chekhov Moscow Art Theatre, loves Moscow for its diversity, beauty and the aesthetics of its buildings and neighbourhoods. Sabina, a cabinet-maker and psychologist, asserts that the capital is a city of opportunity. Velimir is into jogging and cross-country skiing. He moved to Moscow from St. Petersburg seven years ago. He considers it a comfortable and green city with many parks for doing sports. Another person featured in the project, Mariya, plays football and admires the gastronomy of Moscow. Despite the fact that Mariya was born in the capital, she is constantly discovering something new about the city.

You will be able to see Moscow through the eyes of barista, illustrator, cabinet-maker, chemistry teacher, ticket collector, baker and other citizens on the website. It will be updated as new series are released. The stories are available in Russian and English. The international version of the project is called Moskvichi.