Valentine's Day is the perfect time to share your feelings in Moscow's most romantic spots and take beautiful photographs against a backdrop of the capital's landmarks. The Moscow Committee for Tourism has picked some of the most interesting places where you and your partner can take romantic selfies this Valentine's. 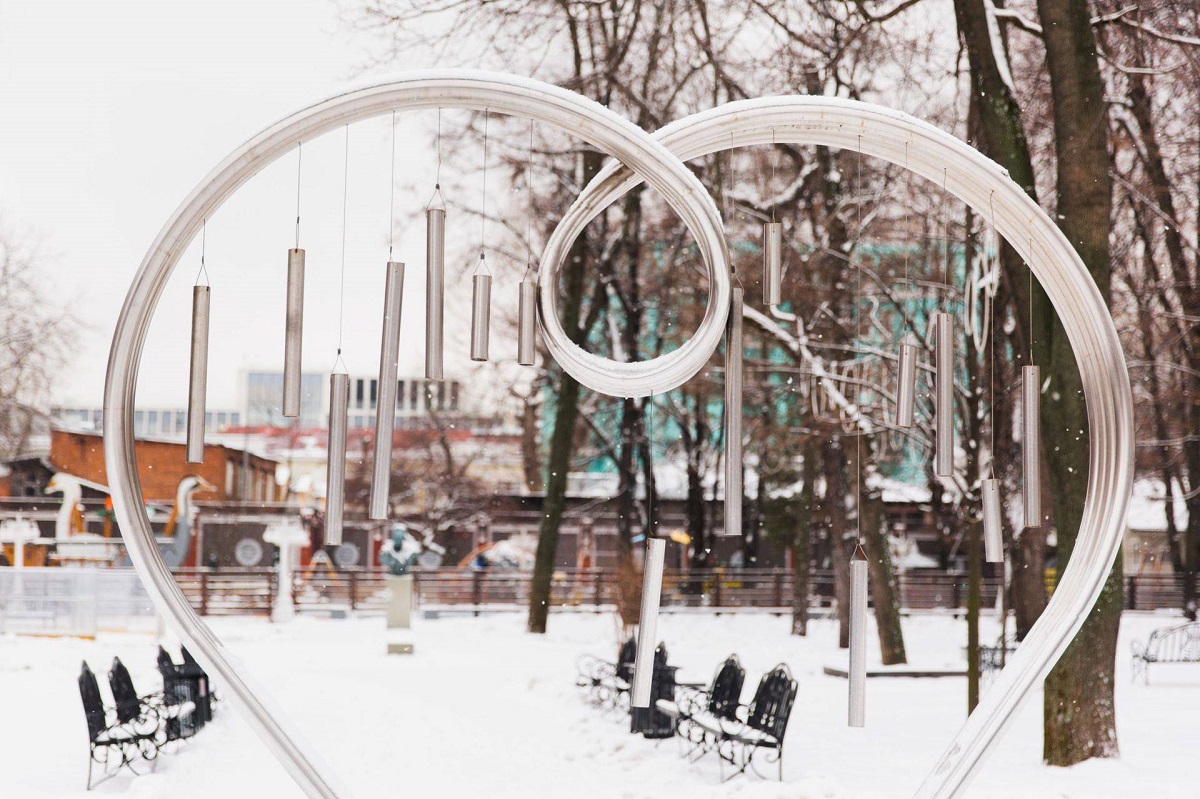 With Valentine's Day approaching, the Moscow Committee for Tourism would like to share some of the city's top romantic selfie spots with locals who haven't picked a location for their date yet and couples just visiting Moscow.

"We all know how much Moscow residents and tourists love taking photos here. During the New Year holidays alone, there number of social media posts with the hashtag #Moscow in Russian, English, French, German and Spanish was over 800,000. We also know that thousands of residents and tourists are going to be taking romantic pictures with Moscow sights this Valentine's" commented a press office representative of the Moscow Committee for Tourism.

A Picture on Ice

Moscow's ice rinks are the perfect choice for lovebirds. Many ice rinks are planning special holiday programmes for Valentine's Day, including those in Bauman Garden, Kuzminki Park, Fili Park, Mitino Park, and others. Or you can opt for some of Moscow's most popular ice rinks in Gorky Central Park and VDNH. They're guaranteed to give you inspiration for your romantic photos.

The Voskhod ("Sunrise") ice rink in Gorky Central Park is space-themed: it's decorated with satellites, planets and stars. It is one of the largest artificial ice rinks in Moscow. Visitors can warm up in the six pavilions after their romantic photoshoots.

The ice rink at VDNH is even more spacious — come take amazing pictures at Europe's largest skating venue. Festive lighting and a footbridge offering beautiful views of the pavilions and fountains add to the atmosphere of winter fantasy. But VDNH's best backdrop for romantic selfies is, of course, the Friendship of Nations Fountain on Lovers' Walk.

They say the magic heart in Moscow Hermitage Garden isn't just a monument to romance and those in love — it can also make wishes come true. After taking your photos by the heart statue, you can stroll around the park and take even more romantic selfies on the ice rink or while enjoying dinner in one of the restaurants.

A Date Under the Stars

Lovers can spend a wonderful evening at the Moscow Planetarium: gaze at the stars, say those three magic words under the night sky, and take beautiful photos in the starry photo area specially set up by Uraniya Museum for St. Valentines.

You can also take a tour of the area — a nice extra to help you get in the mood for romance. Learn legends about the stars and constellations named after mythological characters and their loved ones, and hear stories of their deeds done in the name of love — all to a musical accompaniment.

A Night in the Jungle

The Main Moscow Botanical Garden welcomes you to its tropical paradise any day of the year. It's especially nice in winter — it's always warm in the conservatory,  no matter the weather. It's the perfect spot for couples who long for the sun and want to take some summery photos surrounded by tropical trees and bushes from different continents.

Another option is Apothecary Garden, a wonderful place with a real jungle on the first floor of its glass conservatory. Visitors can also take pictures with cats who boast royal descent. According to employees, these furry friends are descendants of cats that served Peter the Great.

Sunset from a Floating Bridge

The famous floating bridge in Zaryadye Park forms an arc hanging above the Moskvoretskaya Embankment and the Moskva River. There's plenty of room for everyone's to take their romantic photos: the observation platform is almost 245 metres long, and the protruding part extends for 70 metres. There's no other bridge like it in the world. It's strong enough to carry a load of over 240 tonnes — that's up to 2,000 loving couples at once. The observation platform provides mesmerising views of Moscow's historical centre, and photo opportunities to make any blogger jealous.

A Panorama of Moscow

The highest observation platform in Europe, Panorama360 attracts couples, Moscow residents and tourists alike. Viewing the Russian capital from the 89th floor of one of Moscow-City's towers is an unforgettable and breathtaking experience. After taking some photos, you can treat yourself and your partner at the chocolate and ice-cream factory — the highest in the world.

You can't let hunger get in the way of your fuzzy feelings! There are more great photo opportunities in the restaurants on the upper floors of Moscow-City's skyscrapers. One restaurant on the 84th floor of the OKO Tower recently set a record in the Russian Book of Records as the highest dining location in Europe.

Illumination in the Heart of Moscow

Remember that you can always take beautiful pictures in the streets and lanes of Moscow. For example, you can enjoy a unique angle of a "shining" sky above your head on Nikolskaya street or Kamergersky Pereulok — these streets have festive illumination throughout the year.

Hundreds of bloggers post pictures next to GUM: thousands of little lights illuminate the department store at night. Inside you will find numerous shops, unusual decor and unique architecture — GUM's distinctive character is sure to light up your photos. Afterwards, you can do some holiday shopping and try one of the famous ice-cream cones.

One of the main romantic photo locations in Moscow is a real-life"forest of love", as many couples come here often. The so-called "Trees of Love" are located on Tretyakov bridge. There are several of them, so there's enough room for everyone. This bridge is often called the "kissing bridge": after a kiss, you and your partner can take pictures together on the "bench of reconciliation", which features wings on the sides and a halo shaped like two rings on top.

For Designers and More…

The Flacon design village and the nearby Khlebzavod are popular both among professional photographers and selfie lovers. The art studios and creative residents here make, change and alter their art installations on a regular basis. It's a great place to get creative, express yourself, have a good time, and, of course, take some photos.
VIEW
VIEW
VIEW
VIEW
VIEW
VIEW