Moscow’s Win, 1,000 Meetings, and Contracts for 2020: Results of IBTM World in Barcelona

The exhibition stand of Moscow, designed by the Moscow City Tourism Committee, won an award for the best presentation of potential for tourism, while the participants of the stand made contracts and held successful negotiations with the international community. 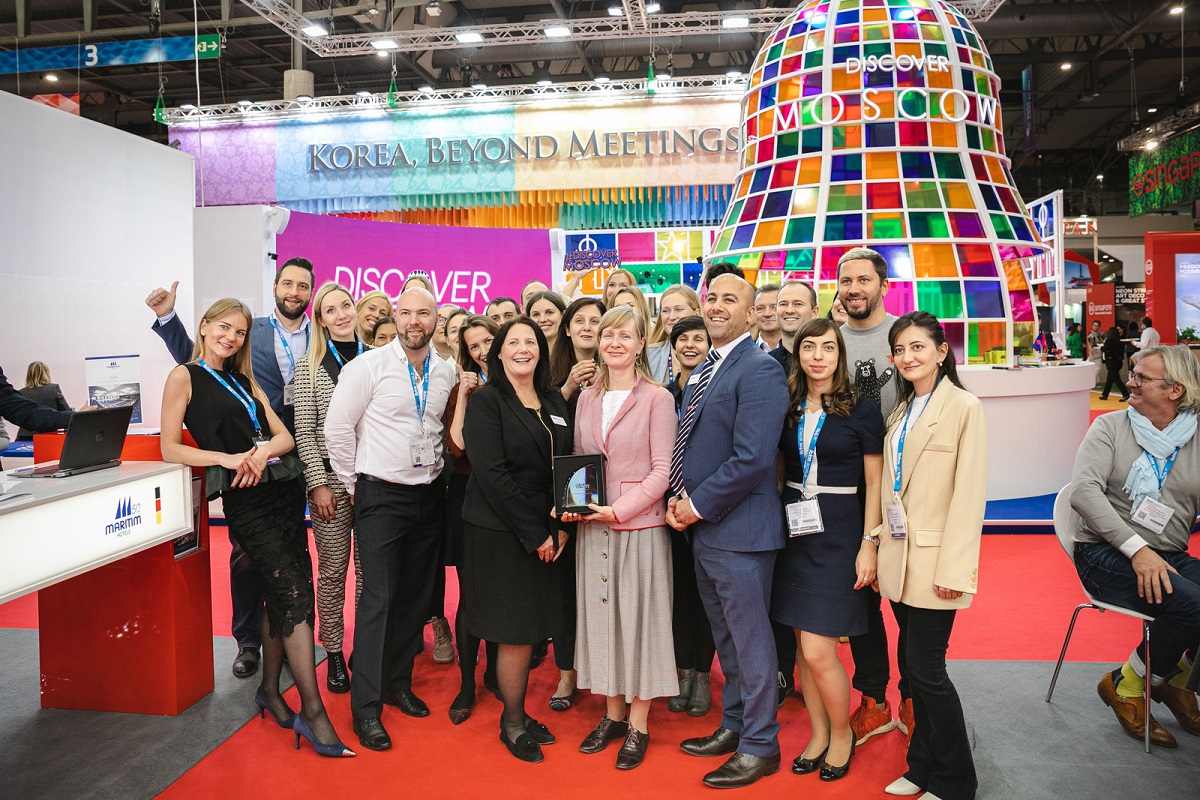 “The award we won at the tourism exhibition in Spain was the sixth one in 2019. This once more proved that we had chosen a right format and concept for presentation of Moscow’s opportunities for tourism on the international stage. Another evidence of effectiveness of the exhibition in Barcelona was that this event helped Moscow tour operators to make profitable contracts and attracted attention to the city as to a leading business tourism destination. More than one thousand formal and business meetings and positive feedback from participants of the stand were the best indicators of the success,” noticed Tatyana Sharshavitskaya, Deputy Chairman of the Moscow City Tourism Committee.

IBTM World 2019 was running for free day at Fira Barcelona, one of Europe’s most significant exhibition venues. It was attended by about 3,000 exhibitors from 150 countries. 15 Moscow companies specializing in business tourism and event management were presented on the stand of the Russian capital.

“For our company this exhibition was very advantageous, we made several contracts for the next year and got acquainted with new partners. The concept of the stand attracted guests to familiarize themselves with the Russian capital and its MICE opportunities,” noted Aleksey Pavlov, CCO of Rosa Vetrov tour operator.

The key objective of Moscow’s participation in IBTM World was to establish professional communication between tourism communities of Moscow and Europe and to demonstrate its capability to host the larges international events.

“Once more, the stand of the Moscow City Tourism Committee became a point of attraction for participants and visitors of IBTM. Thanks to its open structure, exciting and creative design, and up-to-date content the stand became a platform for hundreds of effective meetings and new business contacts. Proper arrangement of working places, smart content, and well-chosen personnel created light and comfortable working atmosphere. For us it was a great pleasure, honor, and privilege to be a part of Moscow’s brand,” noted Evgeniy Shishigin, CEO of HugtheBear | Russian MICE.

The presentation of Moscow, its attractions, and event and cultural projects was running on the stand during all three days of the exhibition. Guests were welcome to take part in interactive VR activities – to take an air tour above Moscow or to visit into the world of famous artists Ivan Shishkin, Natalia Goncharova, and Kazimir Malevich.

“We would like to thank the Moscow City Tourism Committee for excellent work organization at IBTM 2019, for attractive design of the stand, for hospitability and complex support for customers who participated in meetings, as well as for materials and creative presentations of the city. We believe that this exhibition will promote development of tourism in Moscow. It is a great honor to be a part of such a professional team,” noted Vladimir Gabaraev, CEO of MICEVERSA.

In November, at World Travel Market in London, one of the largest tourism exhibitions, the renewed stand of the Russian capital was the best one in two categories at once, having received Best Stand Design Award and People’s Choice Award.

IBTM World 2019 is a leading international tourism exhibition and an important platform for direct meetings and interaction of industry professionals with international tourism service providers. The exhibition was held in November 19–21 in Barcelona and crowned the series of events of 2019 aimed at presenting the potential of the Russian capital for tourism on the global stage.