For 1.5 months-long operation of the Tourist Information Centre, which was open from 13 December until 31 January on Manezhnaya Square for the Journey to Christmas festival, more than 15 thousand people used the centre's services. 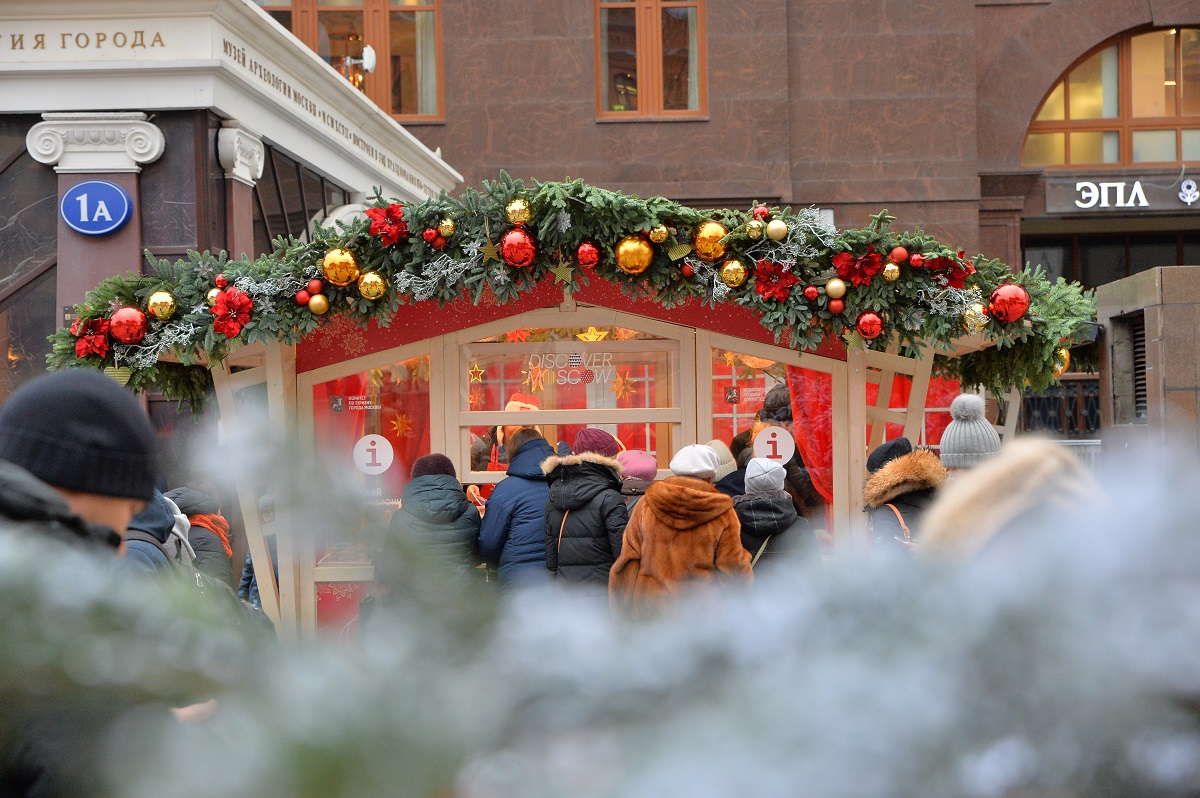 The work of the centre was organised by the Moscow Committee for Tourism. Every day, from 11 a.m. until 9 p.m. on weekdays and 10 a.m. to 10 p.m. on weekends and holidays, the centre's consultants were answering questions from the city guests in Russian and English and informed them about places of interest and the venues of the main winter festival.

Most frequently, tourists asked where to buy tickets to the Kremlin and tours of the Moskva River, how to get to snow tubing slides, and enquired about the schedule of ice shows performed in Moscow during the winter holidays. Guests of the Russian capital were also curious about tours in the English language and the holiday programme at the festival's venues.

The Information Centre offered free print materials prepared by the Moscow Committee for Tourism, available in Russian, English and Chinese. The materials included maps of Moscow in two formats (A3 and pocket-size versions) featuring the city's key attractions and guidebooks: Moscow: Insightful Sightseeing, Around Moscow with Children, and Moscow: Events and Culture.

Journey to Christmas, the annual winter festival, took place in Moscow from 13 December 2019, until 31 January 2020. The festival is one of the most anticipated events of the Russian capital. According to Sergey Sobyanin, this year's festival has been the longest (50 days) and had the highest number of venues (81), as well as participants and guests. More 26.1 million Moscow citizens and guests had the chance to enjoy the festival's atmosphere.